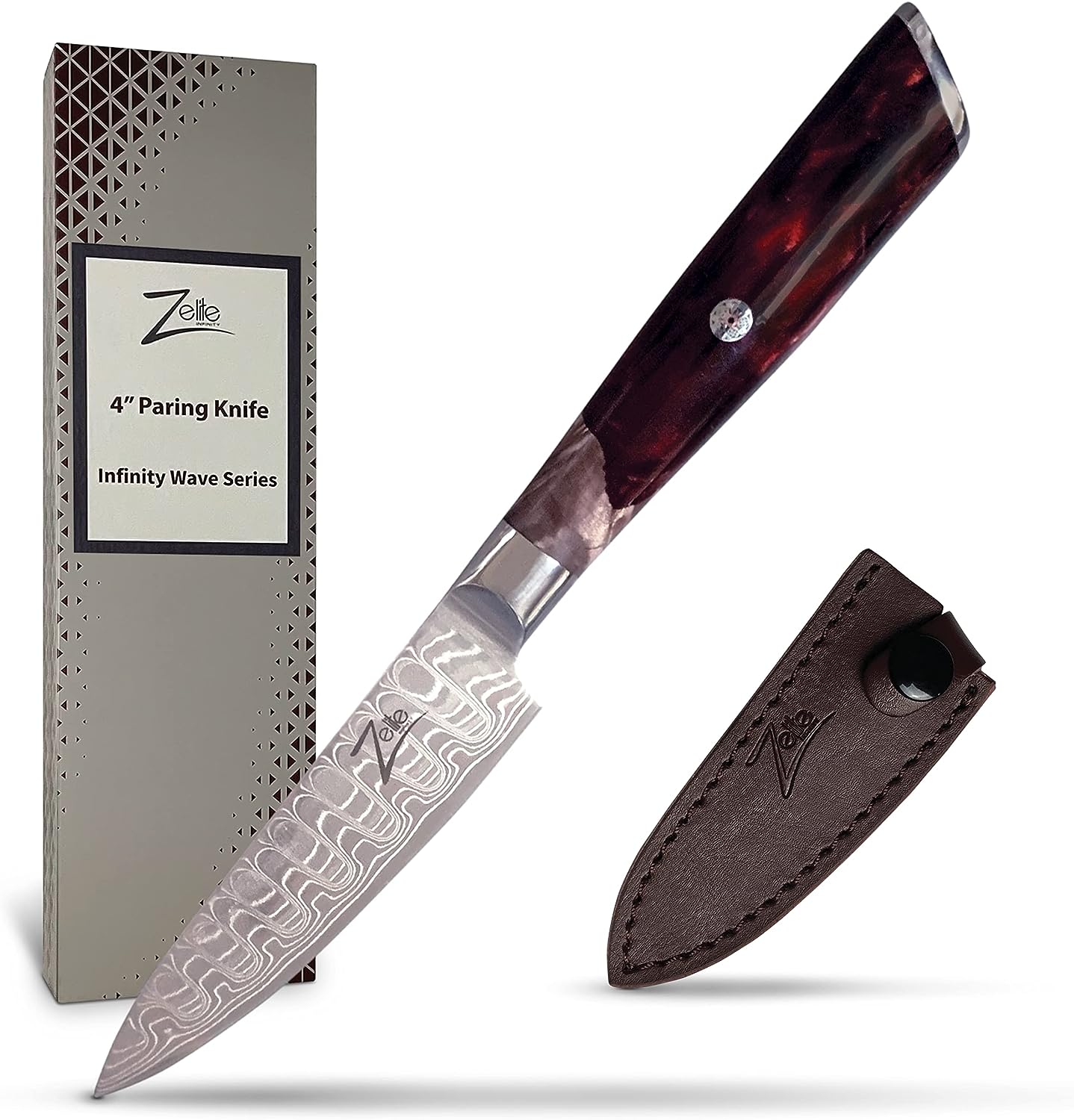 This 4" blade is made from Japanese Damascus 'Wave' AUS-10 Super Steel with 45-layer high carbon stainless steel. Nickel is added to the steel and then liquid nitrogen cooled to enhance its properties while increasing corrosion resistance.

Made from stabilized burl wood with a red resin, this hefty and very comfortable handle is adorned with an elegant mosaic rivet to give this knife a one and only look.